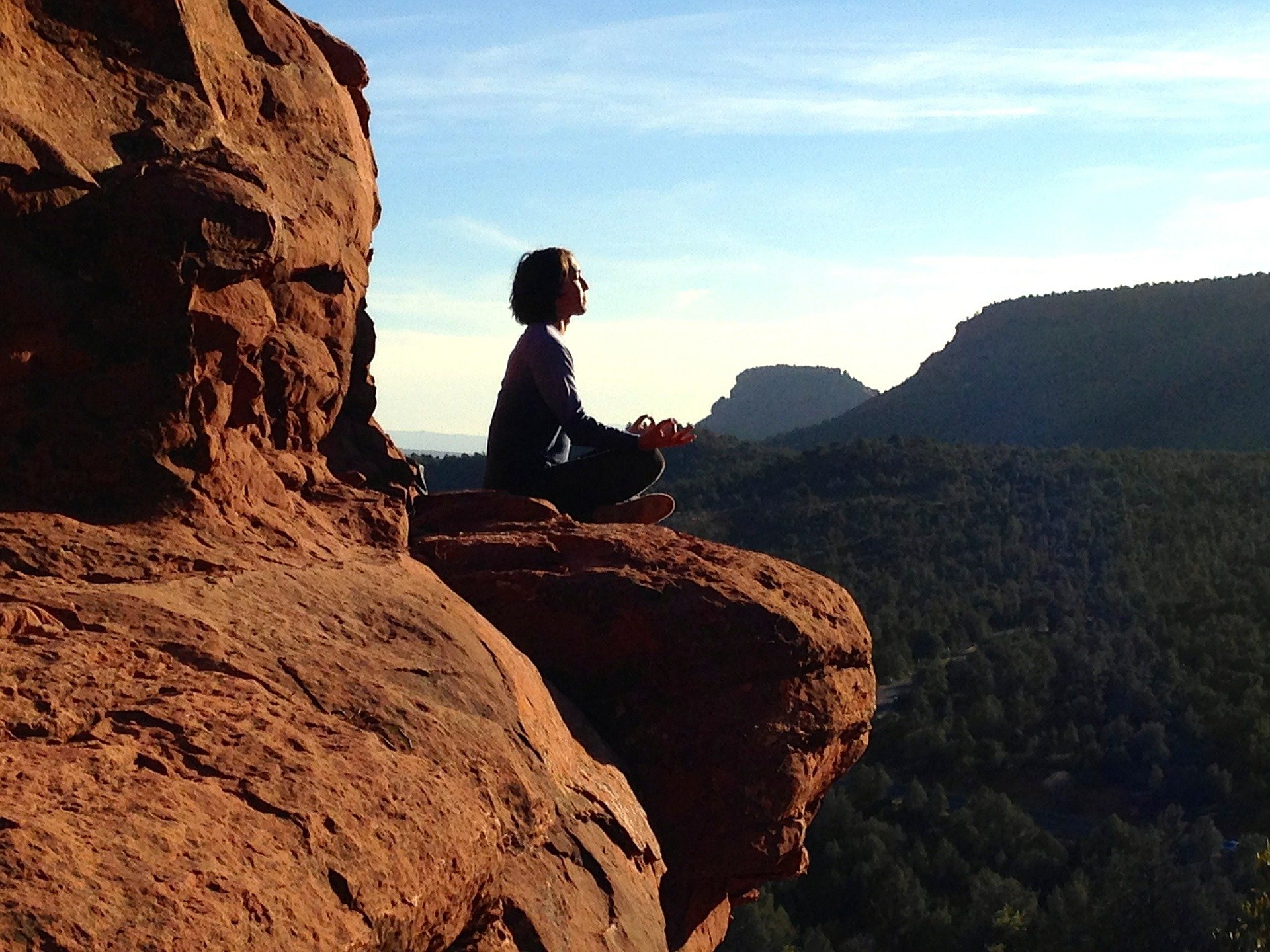 We mostly attract the kinds of thoughts around our daily activities, news, friends and society. It represents only a small portion of our awareness that live on those levels of consciousness. Our subconscious mind, lies below this level of awareness. It mostly reside in the lower brain and the spine. It records our activities, our thoughts and daily  encounters.  This consciousness remains hidden from our awareness but impacted our thinking and acts. In meditation, our mind encompasses a level of awareness that sees both material reality and also the energy and consciousness behind that reality and it is called super consciousness.

Beyond this state is being truly cosmic. Knowing, feeling and living as all suns, planets, human beings, animals, plants, all of the future and the past, and all of space are essentially one and the same. We realizes that we are a boundless consciousness. We becomes aware of this "Presence" that transcends the body and is alive.

The moment we go from ego to non-ego, we experience being one with everything. We realize that the consciousness has no boundaries. It is everywhere. Consciousness is the basic substance and nature of everything.

All things are just manifestations. All the time, some are born, some died, many people feeling joyous, happy and high and many are depressed, angry and down.. By His Will are men's joys and sorrows ordained. By His Will (the pious) obtain salvation. By His Wlll (the impious) wander in endless transmigration. All exist under His Will, And nothing stands outside. One attuned with His Will is wholly freed from Ego. - Guru Nanak

In the words of Deepak Chopra,  quantum theory, which has been called the most successful scientific theory in history, unequivocally states that we live in a participatory universe — what we consider as an independent, external reality is in fact tied to how we observe it. The late physicist John Wheeler of Princeton and the University of Texas campaigned for the importance of our participation, pushing against the notion that the universe was simply “out there,” like a bakeshop, he said, that we look at with our noses pressed against the window.

Yet how strange to think that when a physicist makes observations and measurements, the quanta that constitute everything in the cosmos change; indeed, it is meaningless to talk of their properties without presupposing an observer. The universe is tied to conscious acts of observation all the way from the most elementary particles to vast galaxies. Moreover, quantum theory assigns a primary role to the quantum vacuum, the emptiness that precedes observable phenomena like atoms and molecules. Unlike the common sense notion of empty space, the quantum vacuum is abundantly full of dynamic potential. Wheeler, besides coining the term “participatory universe,” also held that the quantum vacuum is primary in all physics, a view that has gained wide acceptance. The quantum vacuum is a vast plenum (fullness) of spacetime “foam,” beyond which time, space — and physics — come to an end.

In the words of Jennifer Sodini (https://www.collective-evolution.com/2015/06/03/cosmic-consciousness-explained/)  “God” is poetry in motion, it is the process of not only doing, but also being. The concept of Creationism is convoluted by religion, because of the dangers of personifying God with human characteristics. With God being a verb, Creationism is the adverb, as God is creative energy expressing itself through life force, and life force is creative energy perpetuating creation. Creation in the form of art, technology, music, dance, making love, scientific discovery, giving birth… this is God expressing itself on Earth through the human experience.

We can see God expressing itself on a cellular level hidden in the pattern that connects humanity to nature, as well as the cosmos. If you look to the trees, the sky, and all around you – this intelligence reveals itself through the sacred geometry that governs intelligent design.

Once you identify the pattern, you can find God in all. God is expressed through the action of what you create, and you are a part of this God because creation created you to be creative. God is within, but is also without… and if you look to nature, you can appreciate this pattern through your every breath.

This is what it means to be cosmically conscious, to see God in all, and to be God in all you create. The ONE source is pure divinity, but you are a part of that divinity – you are not separate. Jesus, Buddha, Krishna, Osiris, Moses, Thoth, Socrates, Hermes, John Lennon, Gandhi, Martin Luther King, Buckminster Fuller, Alan Watts, Terence McKenna, Drunvalo Melchizedek, Deepak Chopra, Esther Hicks… all have lived this concept, but they reveal it through the language, poetry, and music that is indicative of their time and experience. Nobody is separate from source, there is only separation through language/humanity’s comprehension of the messages encoded through text and “implemented” through the rules and rituals that put religion into a box of belief.

Those who adorns with his love, obtains boundary-less mansion of the Lord's presence. Day and night they constantly enjoy permanent color of thou love and those are rare who are visited by spirit from time to time. They are highest of the high who merge themselves with the Lord's presence. They drink in his nectar of love and their delusions are dispelled. Only they are truly liberated from the bondage of life.

According to OSHO, "Meditation is just being delighted in your own presence; meditation is a delight in your own being. It is very simple – a totally relaxed state of consciousness where you are not doing anything. The moment doing enters you become tense; anxiety enters immediately. How to do? What to do? How to succeed? How not to fail? You have already moved into the future. "